Europe, 1944 When we arrived in Europe, the required number of missions was 25 but gradually increased to 30, 32, and then 35. I eventually flew 36 missions. Americans flew daylight, precision missions in contrast to the RAF which flew mostly night missions. Sometimes the enemy was being bombed 24 hours a day. The Americans… Read More »Bombing Missions 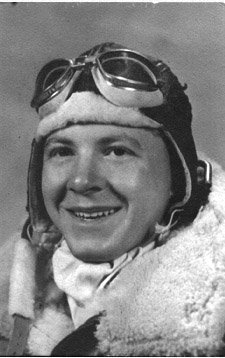 Winfield, Kansas, May – June 1943 In May 1943 I went to Strothers Army Airfield (SAAF) in Winfield, Kansasfor 2 months of Basic Flight Training. This involved flying a largerplane with more horsepower – the Consolidated Vultee BT13A. Our airtime gradually increased over the next few months. We also used the Link Trainer for instrument… Read More »Basic Flight Training